About a week ahead of our scheduled March 20th Chapter meeting, the Executive Board decided it best that we cancel that event. Our feeling at that time was that the risk of sharing COVID-19 was probably not that significant. All the same, we cancelled that meeting out of “an abundance of caution”. Good move. Not much more than two weeks later, Jefferson County became one of the viral “hot spots” in Alabama. Now, a little more than three weeks later, we’re in shelter-in-place mode statewide. What’s next? That pretty much depends on how well we can discipline ourselves and educate others to take these current precautions a good deal more seriously.

END_OF_DOCUMENT_TOKEN_TO_BE_REPLACED

I hope this message finds you doing well.  And while we’re on the subject of doing well, I guess this would be a good time to talk about staying well and preparing for an outward spread of the COVID-19 coronavirus.  As safety and health professionals, people will understandably be looking to us for guidance on how to reduce risks and deal with local communicable infections.  Linked here are two very fine articles released by ASSP on how to prepare for what may come next.  We are seeing respiratory protection products, particularly N-95 and 100 filtering facepiece units in critically short supply.  Clearly, the direct and ripple effects of COVID-19 will continue to teach us lessons on how to better prepare for these situations in the future.  For now, however, I’d suggest you get a look at both of these articles for some good guidance on creating contingency plans and training your people on how to respond to what’s happening now.

The Safety Professional’s Role in Planning for Pandemic

END_OF_DOCUMENT_TOKEN_TO_BE_REPLACED

I want to express my thanks to all who helped make our Chapter PDC a successful one this year. Our hosts at AGC provided us with a great meeting space that enabled us to bring our attendees and exhibitors together in one big room. We had a record number of exhibitors this year who added value to our PDC with their on-hand services and expertise.

END_OF_DOCUMENT_TOKEN_TO_BE_REPLACED

The editors of Business Alabama have asked us to reach out to our ASSP membership with a special request. The magazine is currently seeking safety professionals who would be interested in serving as judges for their Alabama’s Safest Manufacturers award.

END_OF_DOCUMENT_TOKEN_TO_BE_REPLACED 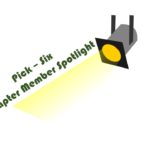 In a growing and geographically expansive chapter it is very easy to lose sight of the individuals who make up our Chapter and the safety, health and environmental community at large here in our great state.

We would love to have our members get to know each other and a great way to do that is through a member spotlight and we are looking for volunteers!